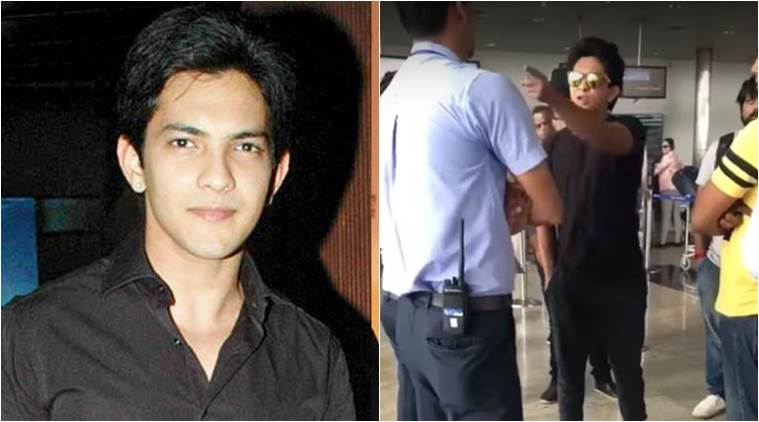 Aditya Narayan, the son of popular Bollywood singer Udit Narayan allegedly got into an argument with the ground staff of Indigo Airlines at Raipur Airport this Sunday morning. The popular anchor on India television is now getting all sorts of social media attention when he was seen threatening and abusing the airline employee.

This extremely unpleasant argument took place at Raipur Airport when Aditya Narayan was travelling with a group of 5 people. He was carrying excess luggage of 40kgs and was asked to pay Rs 13,000 for the excess baggage. The incident was led to a heated argument when he refused to pay that amount and started using unparliamentary language with female staff as well. A video of the actor/singer that is almost a minute long has gone viral in which he is seen threatening a duty manager. When he was asked to talk in polite manner and not to use such abusive words, he started shouting loudly on the staff members.

After the whole incident, he was informed that he won’t be allowed to travel if he continues to misbehave like this. Later, he was issued a boarding pass when he apologized to the ground staff members for his bad behavior.

For more info, watch the video: