Akshay Kumar is celebrating his 53rd birthday today on the sets of ‘Bell Bottom’ in Scotland where the actor is currently shooting for the film. On his special day, the team ‘Bell Bottom’ unveiled his new look from the spy-thriller and his fans just can’t get enough of Khiladi Kumar. Check out his new retro look here:

In the picture, Akshay Kumar is seen standing stylishly in front of an airplane. His aviators and mustache look compliment his overall suave retro look.

Recently, some BTS pictures from the shoot surfaced on social media. In the pictures, the actor is seen sporting a thick mustache and is seen in two different looks. In one look, Akshay is seen wearing a casual pullover teamed with a dark-beige colored jacket and pants and shiny turtle neck pullover with a dark blazer and dark brown pants in the second look.

Check out the pictures here: 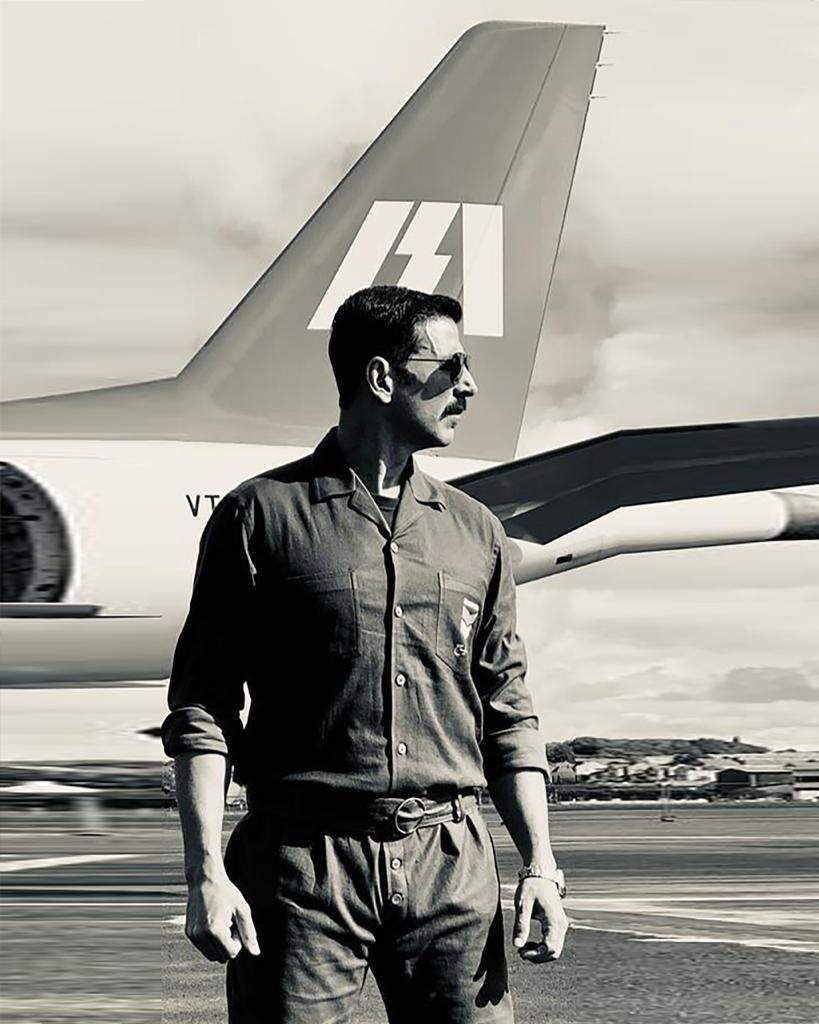 Akshay Kumar reportedly plays a RAW agent in the espionage drama, which is being directed by Ranjit M Tewari. ‘Bellbottom’ also stars Vaani Kapoor, Lara Dutta, Adil Hussain, Huma Qureshi, and others in lead roles. The film is the first one in Bollywood to shoot at an international location since productions were stopped because of the coronavirus pandemic and lockdown.