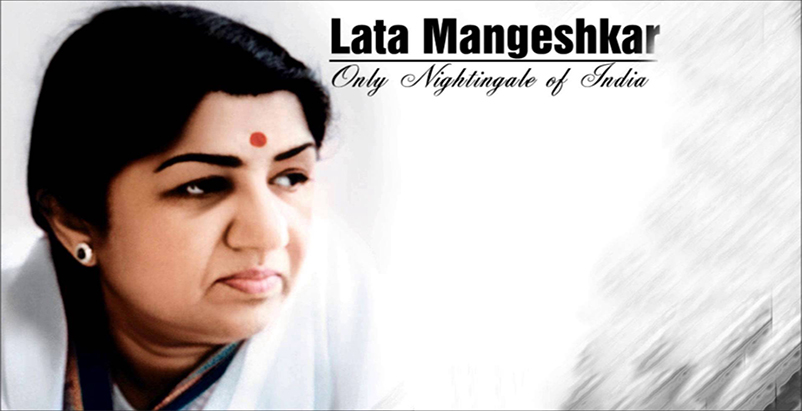 Lata Mangeshkar – The Nightingale of Bollywood

Lata Mangeshkar, a legendary Indian singer has turned 88 today. She is lovingly referred to as Nightingale of Bollywood. Starting her career in 1942, with record shattering 73 years of continuous playback she has regaled music lovers with her melodious voice.

Her exposure to music began in childhood. Her father was a classical vocalist and thus, she acquired a good background in music. In the beginning of her singing career she was not very successful. She was criticized by many people because of her thin and weak voice. With lots of trouble in her professional and personal life she never dampened her spirits. The best quality about Lata Ji is that she always lives with hope for better tomorrow.

Though she sang many songs in the starting year of her career, she got her first hit in the form of “Aayega Aanewala”. She recorded tracks in 30 different languages that reflect various emotions and moods. Some of the most popular songs of her are – Lag Ja Gale, Bahon Mein Chale Aao, Pyar Kiya to Darna Kya, Ae Mere Watan Ke Logon, Tere Bina Zindagi Se, Dekha Ek Khwab and many more.

With a career span of over seven decades, she has received various prestigious awards.  Her songs have touched the hearts of millions throughout the years and also across the borders.  Her singing journey has surely made her an iconic model for many struggling singers. She sets the best example that patience and determination is a sure way to reach the heights of success.