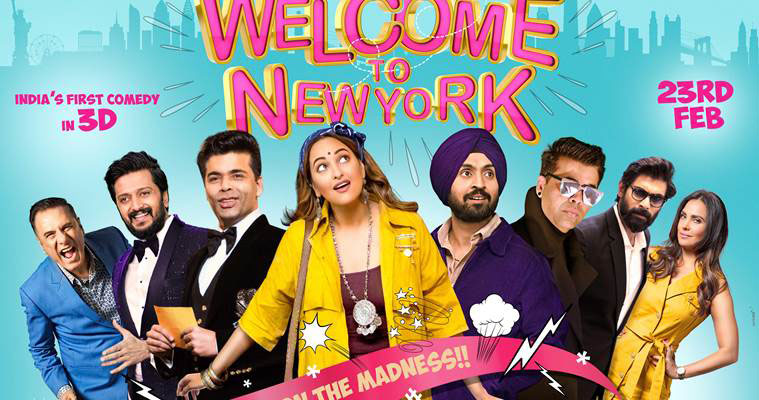 Karan Johar, Sonakshi Sinha and Diljit Dosanjh are all set for their new film “Welcome to New York”. Being the first 3D comedy film, it is a story of two youngsters living in India for searching a better life for them. This movie is about their unexpected trip to New York City. This comedic adventure changes their lives forever and is the interesting part of the movie.

Other roles in the film are played by Riteish Deshmukh, Boman Irani, Lara Dutta and Rana Daggubati. Produced by Pooja Films and Wiz Films, directed by Chakri Toleti, the movie is scheduled to release on February 23rd this year. Recently the first poster of the film was released along with the video chat of the film’s star cast. It will be a true fun watching the film of this phenomenal star cast.