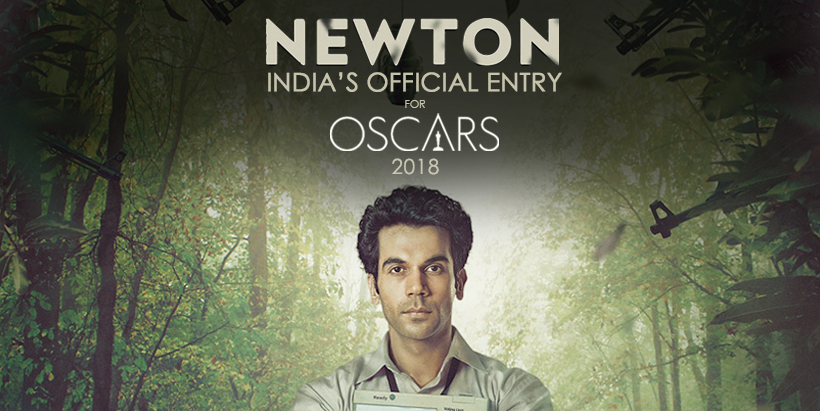 Newton, a film by Amit V. Masurkar is a plain, crisp and entertaining movie that has garnered great appreciation and has also been nominated for the Oscars. The movie is a satire on the voting system and democracy of our country.

It is a film about a government employee, Newton Kumar (Rajkummar Rao) who struggles for conducting fair elections in the Naxal – controlled region of Chhattisgarh. Newton with his team is airdropped in Dandakaranya region, a remote village in jungles of Central India. With danger all around him, he has to do his duty. As the character of Newton is honest and righteous, it is delightful to watch how he handles different situations during the election duty.

The title of the film is given thoughtfully and the best part of screenplay is that it is full of humor. The film realistically portrays the thought behind it through excellent dialogues. It is a satire on the Indian electoral system and also raises many serious queries about the distortion that have crept into the democratic process of our country. The film is packed with powerful screenplay by phenomenal actors and is truly thought provoking and worth watching.

Controversies – The movie released with the share of controversy that it has been plagiarized from Iranian movie Secret Ballot. It triggered off a debate on how eligible is Newton to represent Indian film industry in the Oscars. Later on the producer of the film Secret Ballot appreciated the movie and said that there is no sign of plagiarism in the movie.